In early 2012, my friend Jason who is for all intents, but even more for all purposes, a lucky charm, randomly snatched a bottle of Sinister, a mysterious Double IPA off the shelf at Nevada Tabbs (or Tabbs Nevada. No one knows which is proper) to share at Dark Lord Day. The hand-drawn Sinister label art was madness involving a skull with a cryptic roman numeral “18” on its forehead and a giant snake slithering out through one eye socket clutching in its mouth a gargantuan eyeball. Magical.

We vaguely knew Pipeworks and though hazy on detail, we understood Drew Fox as a guy departing from a volunteer relationship at Pipeworks and opening his own brewery called 18th Street in Gary, Indiana. The bottle of Sinister was gypsy brewed at Spiteful because the Gary location would not even be functional until early 2013. 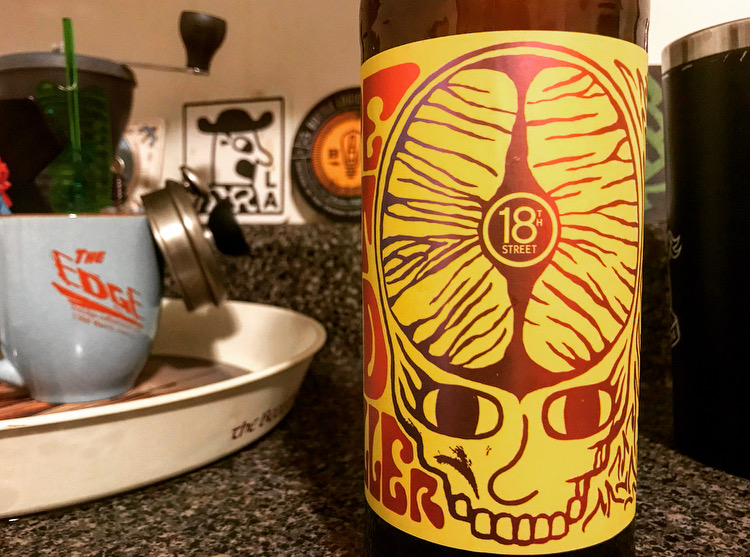 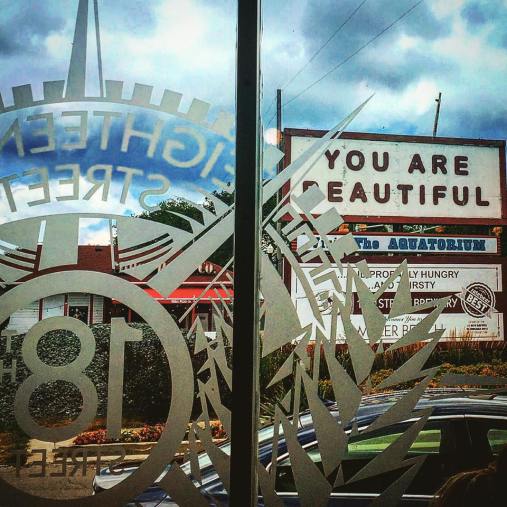 We heard rumblings of the Kickstarter campaign and Jason even forwarded us the link. But none of us pulled the trigger within the crowdfunding window between December 2012 to early February 2013. The gamble of investing plus the new concept of crowdsourcing, especially for breweries caused inaction. All excuses aside, monetary or otherwise, something told us to invest. But we all dropped the ball.

We later learned that people who funded the initial endeavor got to be in a crew called Local One Eight. They enjoyed perks like having access to bottles at releases before anyone else. This came to full fruition (from the vantage point of the loser) while I was standing in line in the cold or rain or cold rain, on numerous occasions waiting for the Hunter Double Milk Stout vertical series variants, noticing dudes walking out with their allotments before bottle sales even began. First iteration Vanilla, Coconut, Orange, Cherry, Chili Pepper…I waited in line for all of them, mostly by myself, meeting other fan-geeks and conversing about other lines we’ve stood in like idiots in the elements.

When the second 18th Street location opened in Hammond, it was made known that there was a secret lair (either in the attic or in the basement) called The Baller’s Lounge which would only be accessible to Local One Eight members, aka people who were forwarded the Kickstarter link by their lucky charm friend yet didn’t moronically hesitate like I did. I’ve never been in The Baller’s Lounge or even heard anything else spoken about it, but I’m in full belief that it exists. Even on inquiry, employees maintain zero awareness of what I’m even asking. I don’t care – I know it exists.

I’ll digress from this story of my life’s major failure and pivot to the life-altering Gary soft-opening. The actual Grand Opening was Saturday, March 15th, 2014. We got word that the brewpub was open the night before on the 14th, so Jason, Alex and I took a trip out to Miller Beach in Gary. 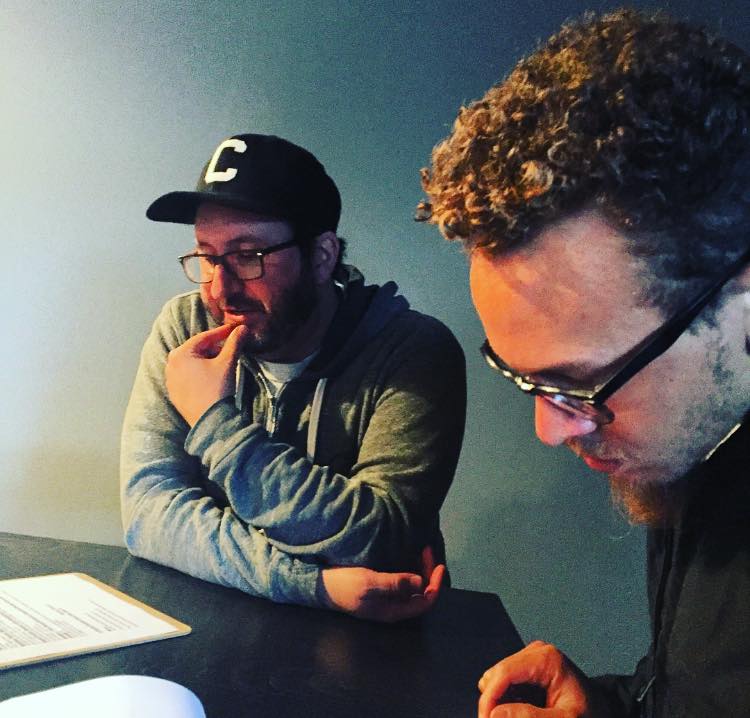 It was really late and dark when we parked in that awkward, slanted, gravel lot, inches from active train tracks and feet from the wooded area where god-knows-what happens. Inside we found only two other patrons at the bar, seated in front of the big window that garnered visible access to the fermenters and mash tun. The whole east communal room was not yet open and there was no functioning kitchen at the time. We went and got pizza from the place just north of the tracks and brought it back. If my memory serves me, there were six active tap handles and we began to work our way through the glorious liquid of the gods.

There was a giant, astonishing mural on the wall featuring the original Hunter artwork along with small, silkscreen prints of the mural available for purchase. Alex bought a print. Not unlike my ten-year-old self trying to get Mike Bielecki to autograph my Cubs baseball, Alex asked Drew Fox to sign his Hunter print. Drew, feeling too embarrassed to lend his signature pointed toward the actual artist who was also behind the bar, a chap named Joey Potts. We found that he was not only the artist behind the Hunter label, but he also did the Sinister artwork as well as every other label that 18th Street has.

After allowing this information to register as well as establishing many other revelations, blended with hours of time, we soon realized that we had done it. We had surpassed the gamut, transcended the gauntlet, and defeated the vile red falcon. We each finished every one of the beers on tap at the soft-opening, thus unlocking the cheat code. Upon completing this task, we were instantly invited into the actual brewing area by Drew himself. After rabblerousing, becoming blood-brothers, and swearing allegiance as best friends for life, Drew pulled us pours directly from the brite tanks. Literally the freshest beer on earth, handed to us in the form of tulip glass, from one of the most brilliant brewers on earth. We had TKO’d Tyson without Game Genie.

You may not have had the magical foresight to be an early adopter, leading to a life of lounging at Baller status. No, it’s entirely too late for that. But I’m here to tell you; if you can manage to relinquish control of all responsibility and drink every beer available on tap at 18th Street before the witching hour, it’s guaranteed policy that you will be ushered into the haven of silver silos and entrusted with a goblet of fire from Drew Fox, the Overlord himself, personally poured for you, straight from the brite tanks.