An excessive, copious volume of high gravity beer at your disposal. A four-hour window. Control defaulted to zero. With temptation to use trope of a frat party for bearded men in their late thirties I’ll just say this: no one goes to UIC Forum specifically to get wasted. But everyone there gets wasted. 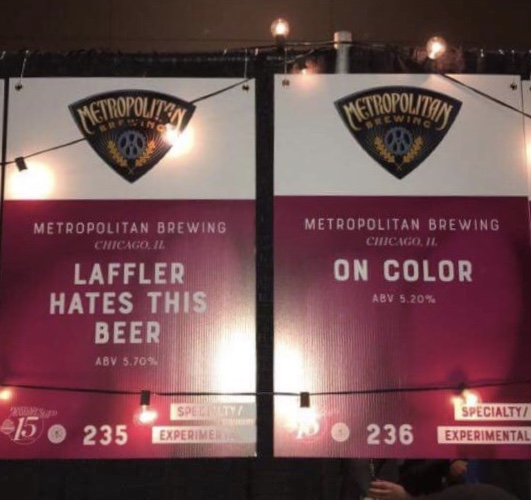 I don’t know how many combinations of beer styles aged in different options of spirit barrels at various amounts of time there are to taste, but I’d venture to guess one-thousand. There might as well be one-million. It doesn’t matter. After roughly twenty minutes of tasting barrel-aged beer, my palette is ruined, and I can’t see, taste or feel anything at all.

There are some culinary guidelines to follow in order to preserve your palette and make the most of the festival. “Start with some sour and farmhouse, then work your way up to dark ale and porter, etc.” Yeah. If you want me to begin this event in the sour room then don’t hand out medals the day before, for bourbon barrel-aged stout that is sure to vanish within five seconds of the FOBAB starting bell.

When there are rotating Bourbon County variants being tapped, I generally end up in that damn Goose Island line eighty-seven times. That’s just me. And Alex. In 2016, Alex and I were the only ones there representing our crew. 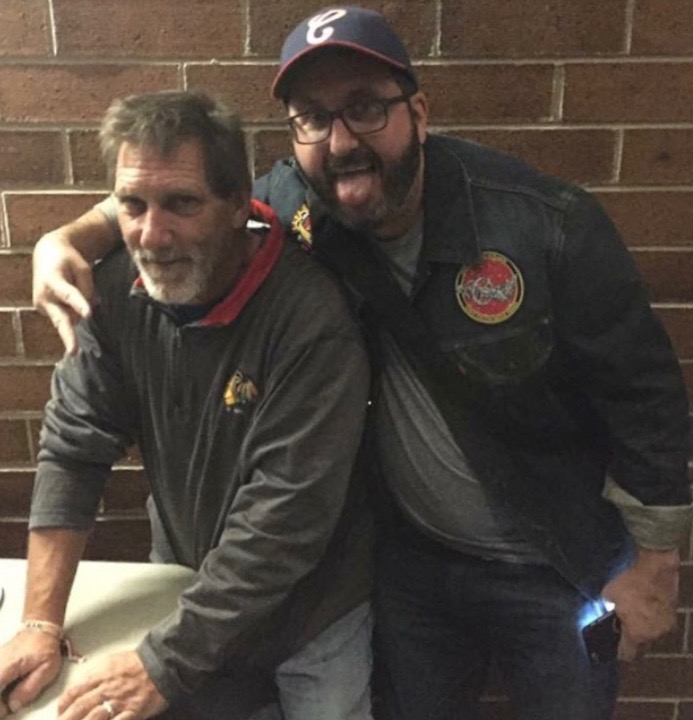 We got sucked in to a time warp. Before we knew what was going on, we felt the rhythmic pulsation of lights flickering on and off. They were booting everyone out. We stumbled through the sea of sloshing drunk bodies and whizzing taster glasses flying past our faces, and shattering to the curb. Passing colorful blurs of parked food trucks, we fumbled about to the UIC-Halsted Blue Line, managing to snag seats. While in transit from the initial stop, through a twisting vortex, I saw Alex take off his White Sox hat and vomit in to it. With a fist full of his jacket, I quickly pulled him off the train at LaSalle and Congress. No sooner had our feet left the conveyance, then Alex started puking all over the Blue Line platform. I see him chuck his bile-filled baseball cap in the trash. Hope was lost.

From among the perceived smoke and strobe lights, in slow motion I witnessed the heaving and retching. I saw an unfortunate, young male passerby who took sight of this and immediately began vomiting all over the platform himself. I reached through the haze of that war zone and grabbed Alex again. We ran up the subway stairs like the fucking Warriors, just as assuredly as the complete and utter barf-o-rama was beginning to unfold.

No looking back. It was cold on the downtown streets that foggy November night as we walked in to oblivion.