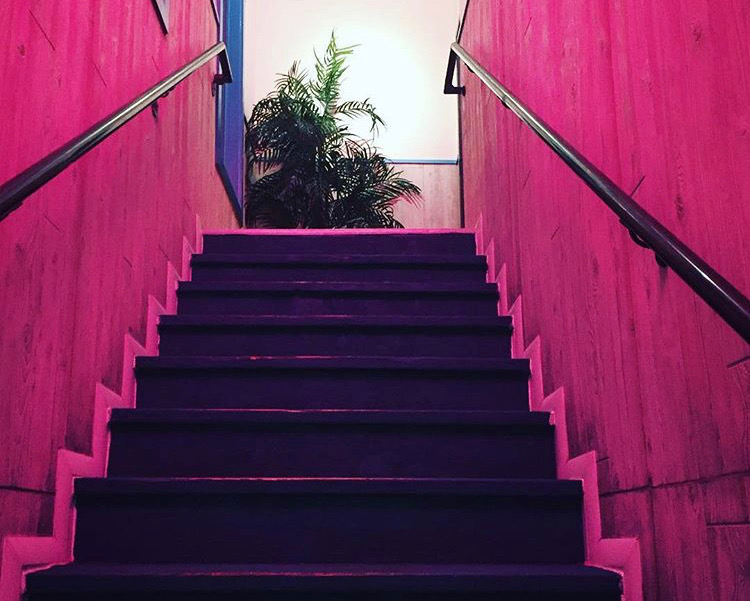 Of all the times my life has been threatened, the pink room incident stands out.

I was invited by a friend to a group dinner with a bunch of people I didn’t know, at Mahalo, a Hawaiian fusion restaurant in Wicker Park. My friend’s friend was married to a seventy year-old Vietnam vet, who, by the looks of it felt about as uncomfortable as someone could possibly feel, nestled there beneath the sleek pineapple-clad wallpaper and pink neon lights.

I didn’t blame him. This guy had witnessed the effects of napalm-charring before I was born, and even I felt too old to be there. 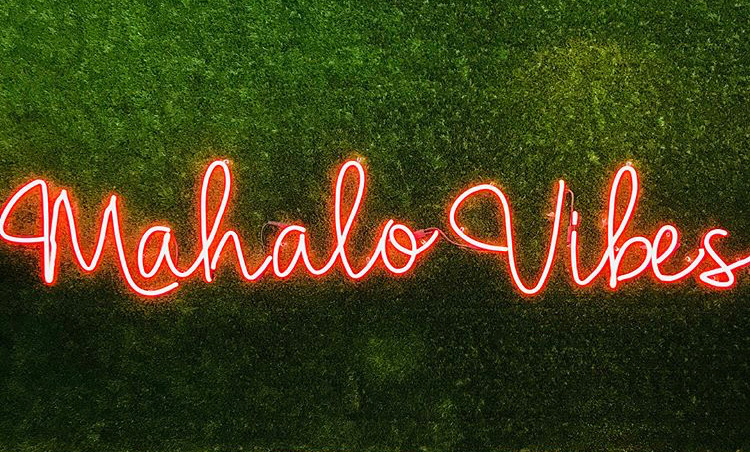 The Instagram-fueled imagination could not responsibly dream of a tropical island existing in Chicago without a sad man mugging somewhere in the back ground, looking like he was going to snap after being there for five minutes. No doubt, the poor soul was trying that night. For his wife’s sake.

I don’t know if it was the Snapchat-able, hanging chairs adorned with twenty-four year-old women, the sky blue floors, the wall-mounted surf boards and surfer boy soundtrack, or a simply combo of everything, but this guy was tension incarnate. The word made human flesh. The embodiment of probable murder-suicide, and to top it off, they didn’t serve Miller Lite.

Modish, chic, and fashionable squeezed together with hardened, grizzled, and septuagenarian in a pressurized, salmon and seafoam tank – ready to pop.

I took my seat at the table, of course, directly across from this man clearly on the brink.

Before I gave in to a tropical mixed drink, I ordered whatever citra-hopped pale ale they had on tap. This was before beer that looks like orange juice was a thing. No matter what I ordered I definitely felt cold, hard judgement from across the table. But hey we were all in this rose’ colored Barbie Dreamhouse dining on Spam meatballs together, so what could anyone really say?

I came to find out what anyone could really say.

I recall to this day being thankful for the people-watching in regard to Milwaukee Ave and a giant window, because if there was anyone on this green earth who could not be less interested in conversing with me, it was this fella seated mere inches away.

Apparently I began tapping my fork in some sort of a minor, unrealized tick. I accidentally enraged this individual by doing so. He muttered something to me inaudibly while looking at the table. I remember looking down at my fork which was by mere default, and to nobody’s culpability but the waiter’s, pointed in this man’s general direction. I tapped again. Once more he mumbled to me. This time I caught it, and I quote: “If you don’t point that fork away from me, I’m going to punch you in the fucking head.”

Evidently the tension had been cut with my silverware.

I’m not sure if it was out of shock, or a need for clarification on such a surreal idea, or perhaps the vision of being “punched in the head” was just too odd a thing to conceptualize at the time, but I retorted, “huh?”

“If you don’t point that fork away from me right now, I’m going to stab you in the fucking throat with it.”

The coconut shrimp with mango chutney I had coming was instantly downgraded to the second most important thing on my mind. In order to preserve my existence I swiftly spun my fork clockwise and pointed it toward this guy sitting to my right like a potentially violent game of Chutes and Ladders.

In that precise, otherworldly moment I realized for officially the one-thousandth time in my life, like the time I accidentally ended up in a parade, or the time I met an African American neo-Nazi skinhead, “this could only happen to me”, I also scanned the entirety of the room and noticed, in fact, that nobody else in the restaurant was being physically threatened by an old, standoffish war vet. Only me.

I awkwardly sloped my body toward the guy next to me and pretended to talk about the local sports team. I took a sip of my gin, green Chartreuse and lime thing while spending the next second living vicariously through the character of Jules Winfield.

A guy takes a stab at me with a fork, so I pull a 9mm Berretta and quote Ezekiel 25:17 before popping a cap in his forehead all the while chomping a Big Kahuna Burger. “Mmm. That IS a tasty burger!” A blood spritzer lightly dusting everyone’s poke bowls.

But it wasn’t film noir and though we were in the faux tropics, I’m pretty sure Mahalo wasn’t Nam.

To conclude, the man’s wife quickly felt the awkwardness as she plunked down cash, swiftly ushering him out the door. Perhaps instead of chancing it at an ornate eatery in one of the trendiest areas of the city, to spend time with a bunch of complete strangers who want for nothing but to pretend they’re in Hawaii for an hour, why not bring a Xeroxed stack of caution waivers for people to sign:

“I may lash out in potentially life-ending violence with random dining utensils. This may or may not involve spooning your eyeballs out while other customers watch in agonizing fear. It’s all a surprise. Nervously tap at your own peril and be aware of directional butter knife pointing.”

This way, in the future if I’m invited to dine across from a madman I’m at least aware of the idea that a fork may be jammed in to my esophagus at any given moment. Fair?

If not, look…just don’t bring this guy out of the house anymore.