In late December 2011, my dad, my grandpa and I decided to take a road trip to Phoenix to see family on New Year’s Eve, as well as escape the sub-zero Midwest frigidity to bask in the Grand Canyon State.

The morning of the trip, the plan was to leave Illinois at 4:00 AM on the button. We left at 4:00 AM on the button. The issue, however, is that to my grandpa, 4:00 AM meant 3:50 AM. You see, my grandpa operated in negative promptness. It was never fit to be prompt (not to even speak of being tardy). No, when meeting my grandpa if you were not there at least ten minutes before the slated time, then you were considered late. Therefore, showing up exactly on time at 4:00 AM, per my Generation-Y status, was met with, “where you been, man?” Make no mistake, he would have never acted rude about this. To my grandpa, showing up at the agreed upon time as opposed to ten minutes early, merely beckoned an inquiry.

We set out cruising the interstate toward Missouri to AM720 sports talk radio. Riding in a moonlit backseat to vaguely familiar grumblings of sportscasters talking about vaguely familiar sports people has always wooed me to a comfortable sleep. Ever since a kid I could never keep my eyes open. It always reminds me of my dad and I leaving early-nineties White Sox games after the seventh inning, in order to beat the crowds, tuning in to the last few innings on the radio for the drive home. To my dad, avoiding hysteria of drunken men with cheap cigars in gridlocked Bridgeport traffic was infinitely more satisfying than actually attending the full games themselves.

With the light fuzz of analogue radio hovering about, and the back-lit dashboard buzzing, I drifted off to sights of pre-sunrise Illinois farmhouse lights in the darkness.

I woke up a few hours later to my dad and my grandpa staring down the road, no conversing…just radio static. No one had noticed the sports talk fading away and devolving to VHF white noise the further we traveled.

Maybe the static was a soothing sense of comfort like the sound of a waterfall, or rain on the roof. Maybe the white noise had a masking benefit as to offset meaningless chatter. All I know is that my hereditary panic kicked in and I began to think of drivers falling sleep at the wheel.

“Hey Grandpa, you should put on your Ernest Tubb cassette.” 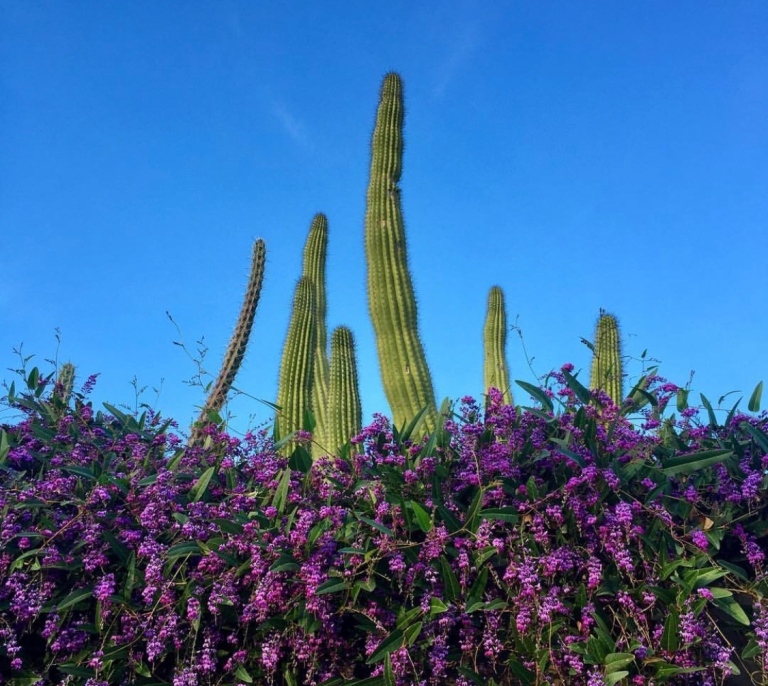 Part of the plan was to swing through my grandpa’s hometown in rural Kansas. Before that, we passed through Joplin, Missouri. From the road, we were witness to the tragic outcome of the EF-5, multiple vortex tornado that had struck down a few months before. I read it was almost one mile wide and was the deadliest U.S. tornado since the 1940s.

We entered the one square mile of area that is Scammon, Kansas that afternoon to dusty whirlwinds flittering past – the genesis of the Traficantos in the United States. I’d compare Scammon to Mayberry but there is no downtown strip and no barbershop. I kind of don’t know what to compare it to. Aside from the name “Scammon” sounding like a rare skin disease, it’s school is shuttered and their police municipality was, like, no longer in that town. They used the next town over for police, or I have to assume they just resort to Marshall Law. The jail in Scammon consists of one single cell.

I got to re-listen to stories of my grandpa growing up there in poverty, with no plumbing and for some reason having their walls papered with old newspapers. I still don’t really get why. I certainly don’t see newspaper providing much warmth. Perhaps it fit some diagram of the décor being less depressing than shabby cracked walls, but also very inexpensive compared to actual wallpaper? 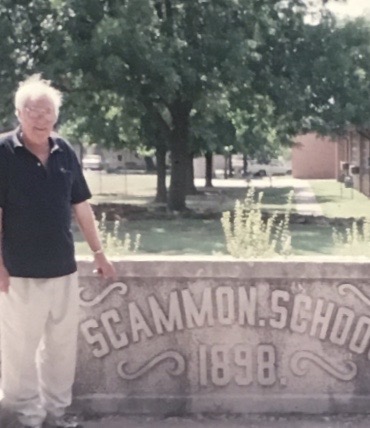 We exited Scammon a bit more excited to leave than we had anticipated. Like one of the many tumbleweeds blowing by, we hit the gas and quickly skipped over the landscape out to the horizon.

We stopped Big Texan Steak Ranch & Brewery in Amarillo for dinner. I remember that place from when I was four years old, the first time we drove to Phoenix as a family. As soon as I saw it, I recalled the laser gun shooting range where you would take aim with a rifle and shoot at various targets in a hoarder’s dream room full of clutter. Hanging pots and pans that ricocheted cartoon bullet noises all over the place like being inside a photon pinball machine. If you hit this animatronic mannequin pianist he would start playing old Dixie tunes on the upright. 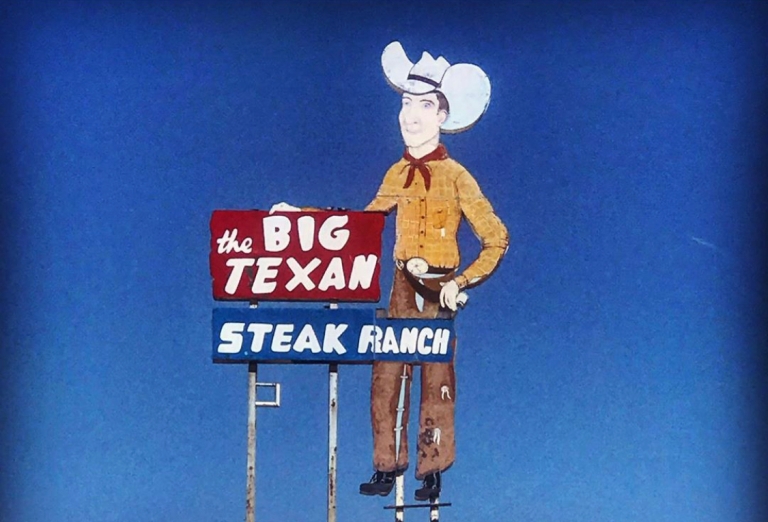 Really mind-blowing stuff when you are four years old. Memories relegated to vague sensory places in the mind where you don’t realize you’ve tucked them away. When they do surface you wouldn’t even have a guess at what state you might have been it. Lucid? Muddied? Texas? Just hazy recollections of a funhouse filled with junk you could shoot at. In contrast I still have a vibrant 1984 memory of my parents forgetting my Sesame Street sheets at a motel. There are certain things you are forced to let go of, but there are memories you can’t.

We pulled in to Albuquerque for the night and decided to bed down in a motel called The Econ-o-Lodge. Before we even flipped the lights off (and I suppose, thankfully so), we spotted a tiny creature on one of the pillowcases. This was during the major bedbug epidemic of the time and everyone staying in any sort of hotel anywhere was already on edge. My dad sent a picture with his flip phone to my sister to see if she could look it up online for us. My sister’s reply was simple: if you have to ask…well, you better just get out of there. 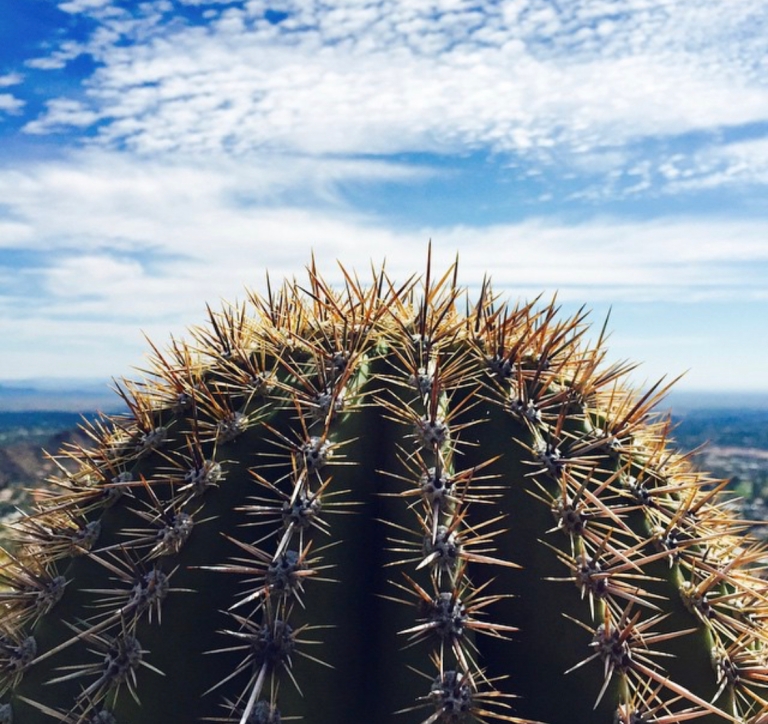 Though my grandpa was already lying down about to fall asleep, we gathered everything up and informed him we were bolting.

It was getting late by the time we checked in to our next hotel than night. My dad popped an Ambien to help him get to sleep. We don’t have a good history regarding Ambien in our family.

At some point, I’d say after 2 AM, I heard my dad whispering to me:

“Who’s that man over there, standing in the corner?”

This is not a fun way to be awoken. In my level of slumber it took me a few seconds to realize what was going on. After the initial spike of horror I immediately experienced wore down, I was able to console my dad and reassure him that there was no man standing in the corner watching us sleep. Even if there had been, the man standing in the corner, upon hearing us talking about him would surely have leveled his murderous blows down by that point.

Another hour or so went by and I hear the whispers again:

“Do you hear that mouse over there playing around with my pocket change?”

The following morning was a bit rough. 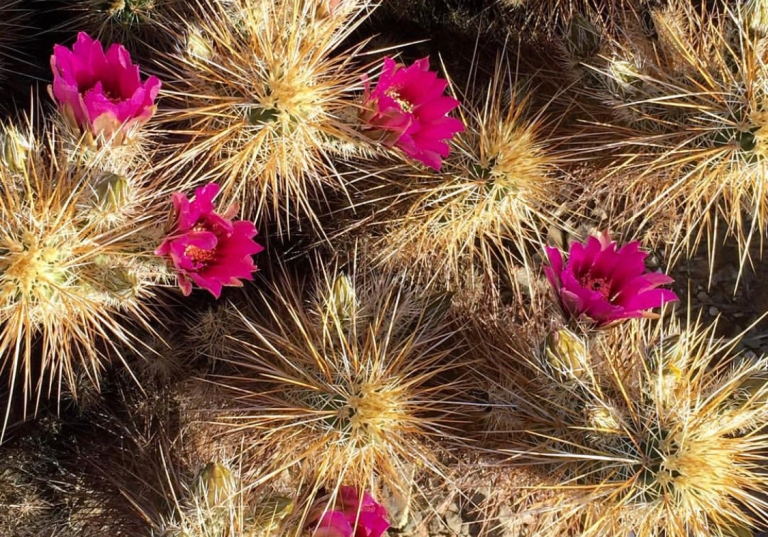 The guy has never been in an accident (aside from maybe having a kid fall off of his bus when he used run a route). It’s not the recklessness. It’s the speed. My goodness, the speed. He liked driving through Texas because the speed limit was 70 mph compared to Illinois’ 65 limit at the time. The speed limit may as well have been 95 in either state because he would rarely dip below that mark no matter where he was cruising. He once got a ticket for doing 90 in a 45. But hey, after that incident, if he didn’t have his CB radio hooked up to talk directly with truckers about where Smokey was hiding, he definitely had his fuzz-buster.

More than one time during that trip to Phoenix I was a split second away from grabbing the wheel from my seat on the passenger side out of pure fear. In those moments, I had flash visions of the three of us careening off the edge of the road, car bursting in to flames after jumping the guard rail, twisting steel tumbling off of jagged rocks on our way down a dusty ravine. Vultures picking us apart in broad daylight before anyone even questioned what happened.

Seat belt buckled (but at those speeds and with those mountains, who was I kidding?), I white-knuckled it, sweaty hands gripping my chair, gravity pinning me to the door and we sped through the desert. But I would never reach for that wheel. I knew in my heart that guy was the safest driver around. I’d never even for one second have my grandpa feel I doubted his skill.

He was Dale Earnhardt at Talladega and the passing blur of cacti, arms in the air, were his rabid NASCAR fans cheering at the super-speedway, raising their cans of Monster in a toast of glorious praise while my grandpa, quietly and stoically qualified.